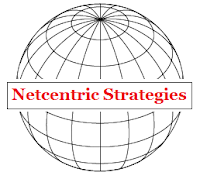 Greetings!  This is Kevin Benedict offering a free report on enterprise mobility for everyone that completes my new enterprise mobility survey.  At the end of the survey is a place for you to leave your name and email address.  I will send the results of this survey to all participants.  I believe we can all learn some very interesting and perhaps unexpected information from this survey that will help us plan and develop good strategies.  Take the Survey Here!

IDC is forecasting that mobile Internet users will grow by an annual compound rate of 16.6 percent through 2015, when they will pass PC and other wireline Internet users.  Read Original Content

Symbian still leads the pack in Europe, but Android blew past the iPhone to grab 22.3 percent of the market.  Just last year, Android commanded only 6.1 percent of that market.  Android's popularity has contributed to a huge growth in smartphone adoption in Europe, where the number of smartphone owners has grown by 44 percent since last year.  Read Original Content

ClickSoftware is an SAP mobility partner and the leading provider of automated workforce management and optimization solutions for every size of service business.  This newsletter is sponsored in part by ClickSoftware - http://www.clicksoftware.com/.

Google and Visa Europe have announced they will work together as they endeavor to draw revenue from consumers hoping to pay for store purchases using their smartphones.  Per terms of the deal, Google received a worldwide license to Visa's payWave, a newly launched NFC-based payment technology.  Read Original Content

The enterprise mobility market in India, which has grown exponentially over the past three years, has the potential to grow into a $1 billion telecom segment in the next five years.  Read Original Content

A new study of over 200,000 U.S. consumers by Market Authority, Inc., the market research leader in studying traditional and new media platforms, finds that nearly 6 out of 10 SmartPhone owners look for a business without knowing the specific name.  Read Original Content

According to Connected Intelligence, a service from The NPD Group that analyzes the confluence of connected devices, access, and content, Android is the preferred operating system among current smartphone owners and those who intend to buy a new smartphone in the next six months.  Read Original Content

Spending on smartphone-based advertising in Canada will reach $82 million by the end of this year, according to a report issued by the Interactive Advertising Bureau of Canada. That would be 57 percent more than the $52.1 million spent on Canadian mobile ads last year, which was fully 93 percent more than the 2009 total.  Read Original Content

A new study from Ovum on the mobile market predicts that Asia-Pacific mobile connections will grow to reach 4.2 billion in 2016, while the region’s mobile voice revenues will start to decline by 2014.  Read Original Content

According to a recent report from IDC, Apple‘s iPad increased its share in the global tablet market from 66 percent in calendar first quarter 2011 to more than 68 percent in second quarter 2011.  Read Original Content

Kevin Benedict, Independent Mobile and M2M Industry Analyst, SAP Mentor Volunteer
Visit MobileEnterpriseStrategies.com
Follow me on Twitter @krbenedict
Join the SAP Enterprise Mobility and Sybase Unwired Platform Groups
Full Disclosure: I am an independent mobility analyst, consultant and blogger. I work with and have worked with many of the companies mentioned in my articles.