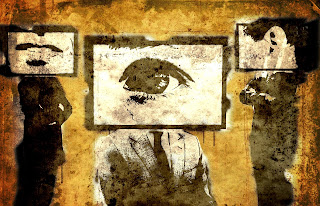 Twitter has been widely credited with influencing the 2016 US presidential election.  Not because lot's of voters read tweets, but because lot's of journalists do.  Many of these journalists work for traditional media, which includes TV, radio, newspapers, newsletters, etc.  The sheer volume of controversial tweets generated ensured that journalists looked no further than Twitter for topics to cover.  This kept the spotlight on those who understood how both traditional and social media works, and were skilled at exploiting it.
Journalists and their editors understand that controversy and outrage are good for business. CBS's executive Les Moonves was quoted in 2016 as saying, "the Trump phenomenon may not be good for America, but it's damn good for CBS." And by now we all know that social media algorithms thrive on engagement, and there is no better tool for engagement than tweeting outrageous things.  The cacophony of controversy fueled both traditional media's and new medias' business models.  A win for all media - if not necessarily for democracy.
Read more »

The Vulnerable Targets of Social Engineering and Mind Manipulation

It is disturbing to learn that if social engineers identify you as older, prone to conspiracy theories, low-informed and/or less educated, working poor or black, they will target and bombard you with nonstop disinformation on social media at a level much higher than others.  Why?  To answer that question let's review the rules and strategies social engineers follow to bend the minds of the most vulnerable:
Read more »

How Social Engineering Works on Our Brains 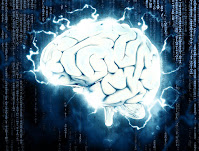 Social engineering has proven it is possible to know the societal or 'systematic' determinants of human 'behavior' in a way that permits them to be manipulated and controlled from afar.

Our minds are vulnerable.  The weaknesses in our thinking and decision-making processes are well documented.  When these vulnerabilities and weaknesses are exposed to professionals with nefarious intent who are trained in social engineering techniques bad things happen.  Social media and messaging platforms both enable scaled access to and profit from these vulnerabilities.  They expose the brains of billions (Facebook has over 2.7 billion users) to these techniques by selling and promoting access to our innermost feelings and emotions.
It is critical that we as humans, neighbors and communities understand how social engineering techniques work on our brains and our societies.  We must recognize these methodologies so we can defend against them.  We need to identify them and call them out.  We must warn others. We must legislate against these techniques and hold social media and messaging platforms accountable.
Social media apps and platforms are used by our children, the elderly and everyone in between.  These platforms give direct access to our brains.  They support mind manipulation at scale.  What follows is an extensive, although incomplete list of the strategies, tools and techniques of social engineering I have gleaned from literally hundreds or articles, academic papers and reports.  I have organized them into six categories: Amplify and Promote, Constraining, Emotions and Motivations, Mind Manipulation, Personal Information and Strategies and Tactics.
Read more »

Disinformation is Both Expensive and Deadly 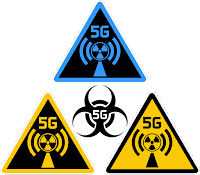 The Covid-19 pandemic ambushed businesses and global economies.  Since the pandemic took hold in the U.S. in March 2020, job loss has been one of the most significant consequences. The U.S. has recently reached a total of 60 million unemployment claims, while loss to the US GDP is estimated to be around $7.6 trillion.
In addition, a recent survey conducted by the Federal Reserve Bank revealed that 9 million small firms in the US are at risk of closing for good in 2021 as a result of the pandemic.  The International Monetary Fund estimated the total cost to the global economy from Covid-19 will ultimately top $28 trillion in lost output (the time frame was years 2020-2025).
Read more » 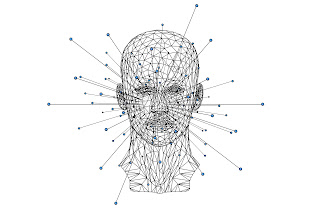 The phrase social engineering splashed into the public's view as a result of actions from a cluster of companies whose services focused on influencing and manipulating people's thinking.  The history of these companies is complex, but seems to have all started with Strategic Communication Laboratories, which became SCL Ltd, then it became SCL Group, which then created a subsidiary called Behavioral Dynamics Institute (BDI) and another subsidiary infamously known as Cambridge Analytica, a company that was intimately involved in influencing US voters during the 2016 elections.  Cambridge Analytica stated at the time that their expertise was in "behavior change," "military influence campaigns," "psychographic segmentation" and other types of mind-manipulation.
SCL Group's services focused on psychological operations (psyops), which is a strategy to alter people's minds through the use of rumours, disinformation, bots, fictitious accounts and fake news.  The BDI subsidiary claimed they had several leading psychologists and strategists on staff that developed tools to better understand audiences and to shape their behaviors.  They claimed they had invested over $25 million USD in developing scientific approaches for "influencing target audiences." They provided services such as delivering training in counter-Russian propaganda in Eastern Europe funded by the Government of Canada, as well as conducting research on target audience analysis which has influenced counter-insurgency doctrine.
Read more » 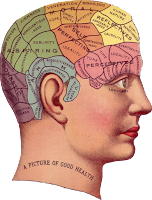 In the 1960s psychographic researchers began studying how to understand consumers and their behaviors at a deeper level based on personality traits, emotional triggers, interests, needs, values and attitudes, etc.  A few decades later these findings were dusted off and combined with neuromarketing (the measurement of physiological and neural signals to gain insight into customers' motivations, preferences, and decision) to study how various advertisements and political messages impacted people with different psychological or psychographic profiles.
The data for a large number of psychographic profiles was infamously collected from personality quizzes, surveys and games on Facebook and other social media platforms without the knowledge of the user, or as claimed - the platforms themselves.  All of this data was eventually combined with social engineering strategies and methods, and a military tactic called “information operations” by political strategists for the purpose of  influencing large populations.
Read more »

SAP's Vaccine Collaboration Hub - An Interview with Michael Byczkowski, GVP and Head of Healthcare for SAP

Our guest this week is SAP's GVP and Head of Healthcare Industry, Michael Byczkowski. We take a deep dive into healthcare trends pre-pandemic, and then explore how the pandemic has changed priorities globally. We explore SAP's Vaccine Collaboration Hub and other technologies and solution they have introduced to help support the global fight against the Covid-19 pandemic. We end by looking into the future and how our experiences this last year may change the face of healthcare forever.  Enjoy!
************************************************************************
Kevin Benedict
Partner | Futurist | Leadership Strategies at TCS
View my profile on LinkedIn
Follow me on Twitter @krbenedict
Join the Linkedin Group Digital Intelligence

Social engineering poses potential threats to human rights, markets and democracies. These concerns are based on the notion that humans are a product of their environment and the information they consume.

The average person in the US spends approximately 3 hours each day consuming data from their device screens.  That totals about a month and a half of screen time each year.  We are influenced by that time, and it changes our thinking and behaviors.  Is our time investment making us better or worse as humans, parents, employees, leaders, mentors, friends, etc?  Are we being influenced to become the kind of person we want to be?
Our addictive dependence upon the internet and the information therein is the revolutionary development of our time. Today, we have approximately 26 to 50 billion devices connected to the internet. For every PC or handset connected to the internet, 5 to 10 other devices will be sold with their own internet connection. These devices are both collecting data on us, and pushing information/disinformation to us. The applications, platforms and the messages we receive from them are not random. They are purposeful and managed by organizations intent on influencing us. Often these influencing efforts are invisible or overlooked by us. The influence strategies and campaigns being directed at us are called social engineering - the focus of this article.
Read more » 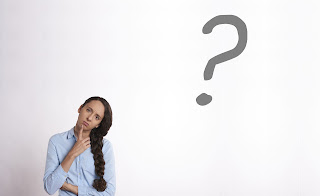 Esperanto is not worth learning to many because there aren't many speakers. Without an influx of speakers, it's just a toy language for nerds.

In 1887 the Polish ophthalmologist L. L. Zamenhof developed a language he called Esperanto.  He first described the language in the book The International Language, which he published in five different languages.  Why? No one could read Esperanto.  In 2021 it is still mostly the case.
When a person ponders learning a second language they often consider the number of speakers it has.  They associate value with numbers.  In the case of Esperanto it still has less than 2,000 native speakers.  With such a small group of speakers it is mostly an interesting academic topic today, but not very practical as a language for everyday use or business.  It needs an ecosystem of participants all actively using it to make it grow and thrive.
Read more »

5G and the Future Impact with Ericsson's Expert Rob Tiffany