The Battle for the Future of Information Logistics 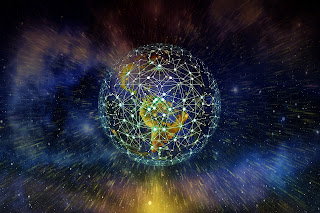 It is well known today that psychographic profiling of us humans, combined with social engineering strategies are effective at influencing our thinking.  Our brains are vulnerable to all kinds of external and internal influences.  Given this knowledge today, there is a keen sense of urgency to monitor and control information logistics, the movement of information around the world, and the massive quantity of influential information that can be targeted at each one of us.
Let's quickly review the history of psychographic profiling and its partnering with social engineering strategies before continuing our discussion of information logistics.  In the 1960s psychographic researchers began studying how to understand consumers and their behaviors at a deeper level based on personality traits, emotional triggers, interests, needs, values and attitudes, etc.  A few decades later these findings were dusted off and combined with neuromarketing (the measurement of physiological and neural signals to gain insight into customers' motivations, preferences, and decision) to study how various advertisements and political messages impacted people with different psychological or psychographic profiles.
The data for a large number of psychographic profiles was infamously collected from personality quizzes, surveys and games on Facebook and other social media platforms without the knowledge of the user, or as claimed - the platforms themselves.  All of this data was eventually combined with social engineering strategies and methods, and a military tactic called “information operations” by political strategists for the purpose of  influencing large populations.
In 2010, software “bots” on Twitter were activated and shown to be able to create the perception of an upswell of grassroots support for a cause.  The discovery that bots could impact human perceptions and elections was a big discovery.  Later, an additional study was conducted on the impact of bots on the 2016 US presidential campaign.  The study found bots were effectively used to spread 14 million micro-targeted messages for the purpose of influencing voters.  Social engineering, as a tool for manipulating large populations, was demonstratively effective.
Given how effective social engineering strategies proved to be, it is no surprise that a concerned Russia and China created their own tightly controlled information logistics environment to prevent their citizens from being influenced by others.  Some would say that social media's censorship of disinformation in the USA is also an example of a controlled information logistics environment.  Who controls information logistic systems today is a critically important issue that we all need to ponder as it can have major global impacts.
Telegram, an encrypted messaging app, is at the center of the digital battlefield involving Russia and the Ukraine.  Here is what the New York Times reported,  "It’s difficult to imagine how Russia’s war in Ukraine would be playing out without Telegram. The messaging app, which last year reached a billion downloads, has turned into the conflict’s digital battlespace. It’s an instrumental tool for both governments and a hub of information for citizens on both sides.  Telegram, as a component of the global information logistics system, has the ability to move influential information at scale.  This terrifies organizations of all kinds that don't want their members being exposed to and influenced by alternative narratives, true or not.
Having been banished from using mainline social media platforms, some politicians have even tried to create their own information logistic systems as demonstrated by the recently launched Truth Social.  They are so motivated, that they are willing to invest hundreds of millions of dollars for the opportunity to control a narrative.
Elon Musk, one of the richest humans in the world and an outspoken advocate of free speech, has hinted that information logistics is so important to the world that he might even develop his very own messaging platform to ensure freedom of information.   When Russia threatened cyber attacks to shutdown the internet in the Ukraine, Elon Musk intervened with shipments of his Starlink satellite systems to ensure that information logistics would keep functioning there.  On top of all this demonstrated interest in information logistics, Elon took a 10% stake in Twitter.  With all the other giant projects Elon is involved with information logistics still dominates his thinking today.  This is an important signal to watch.
As a futurist, I am always watching for signals about trends and developments.  Today, the attention and interest being paid to information logistics systems and who controls them is exceptionally high.
To read more on the future of information read here.
************************************************************************
Kevin Benedict
Partner | Futurist at TCS
View my profile on LinkedIn
Follow me on Twitter @krbenedict
Join the Linkedin Group Digital Intelligence