The 21 People Who Control the World 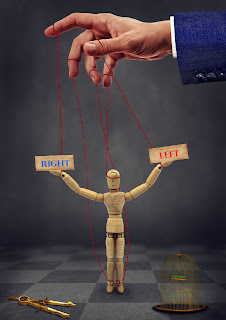 Facebook's Mark Zuckerberg has appointed twenty members to his new "Oversight Board." This board decides what Facebook's 2.7 billion users can read, watch, listen to and share on the social media platform.  They also decide which world leaders are allowed on the platform and what they can say.
One of the Oversight Board's most significant upcoming decisions is whether to allow former US President Donald Trump, who is currently being impeached and on trial for starting an insurrection, back on Facebook where he can share his views of the world with billions of people.
Given the power of social media to alter people's thinking and behaviors, organize agitation and incite insurrection, this is a lot of power to leave in twenty Facebook appointed people's hands.  Have you ever stopped to think about the implications of that power?  These board members were not elected by citizens, but rather appointed by one person, Mark Zuckerberg.
Citizens have spent decades and even centuries organizing, debating, designing, writing and amending constitutions, protecting liberties, developing regulations, laws, processes and policies to manage and operate their Nation State.  Then along comes Facebook, a for-profit-business, which now will be making the most basic decisions on what information the citizens of these Nation States can read and share, and which global leaders are allowed to address them. That places Mark Zuckerberg in the consequential position of information "Kingmaker" to the world.  Are you OK with that?  Do you trust Zuckerberg with the health of your democracy and the minds of your citizens?
No serious observer of recent history can question social media's ability to influence people's thinking and behaviors.  In the hands of expert influencers and propagandists true information becomes fake, and fake information true.  Are we OK with leaving that kind of power and influence over our lives, citizens and Nation States in the hands of one Silicon Valley technology executive and the twenty Oversight Board members he appointed?
Information is critical as is the appropriate management of it.  What are your thoughts?
Read more on the Future of Information, Truth and Influence here:
************************************************************************
Kevin Benedict
Partner | Futurist | Leadership Strategies at TCS
View my profile on LinkedIn
Follow me on Twitter @krbenedict
Join the Linkedin Group Digital Intelligence