Beacon Essentials You Must Quickly Learn

Our resident Cognizant digital/mobile expert, Peter Rogers, asked me to recommend a digital strategies topic to share, and I suggested Beacons for this week.  I confess to reading about them daily without knowing much about them, so I want to thank Peter for this article!  Enjoy!
******** 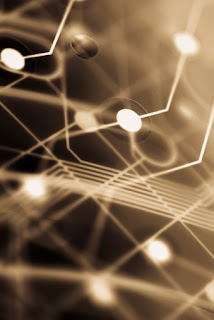 Most do not offer the whole solution, and so it was interesting to see Apple and then Google throw their hat into the ring. Most people are still really excited about Apple’s iBeacons, but they look like they will become a closed eco-system which could possibly even include being able to be physically undetectable to non-Apple hardware.  Today Beacon vendors are just not allowed to provide library based support for iBeacons on Android hardware (http://beekn.net/2014/07/ibeacon-for-android/).

At the start of 2015 Google created a new form of Beacon called UriBeacon (http://uribeacon.io/) which was able to actually advertise a URL pointing to a website or a URL that could be processed locally. This was in stark contrast to all the previous forms of Beacon which could only advertise their identity (UUID, minor, major). UriBeacons also promised to be cheaper and easier to configure, which was largely down to their more limited use case of just being used to advertise a URL/URI. The killer concept, however, was that of The Physical Web. The Physical Web is an approach to unleash the core superpower of the web: interaction on demand. People should be able to walk up to any smart device and not have to download an app first. A small pre-installed App (like the Web Browser or something Operating System level) on the phone scans for URLs that are nearby. Google previously used the UriBeacon format to find nearby URLs without requiring any centralized registrar.

This was a major breakthrough because having to download an App for each Beacon vendor completely breaks the organic, intelligent, evolutionary Smart City model. Notice that I used the words ‘without having to download an App’. You still need an App to process the UriBeacons, however, this can be built into the Web Browser (Chrome offers this for iOS) or the Operating System (Android M offers this). The following vendors offer UriBeacons: Blesh; BKON; iBliO; KST; and twocanoes, etc.

Recently Google updated their single-case UriBeacon specification to that of Eddystone. Eddystone is an open-source cross-platform beacon solution that supports broadcasting of UUID, URL, EIDs and Telemetry data. Previously Beacons had only supported UUID until UriBeacons offered the single option of URL advertisement. Eddystone offers an additional two frame types: Ephemeral ID is an ID which changes frequently and is only available to an authorised app; Telemetry is data about the beacon or attached sensors: e.g. battery life, temperature, humidity. Unlike iBeacons, which must be approved by Apple, anyone can make an Eddystone-compatible beacon. Current beacon manufacturers include: Estimote; Kontakt; and Radius Networks, etc.

The Eddystone-URL frame broadcasts a URL using a compressed encoding format in order to fit more within the limited advertisement packet. Once decoded, the URL can be used by any client with access to the internet. For example, if an Eddystone-URL beacon were to broadcast A URL then any client that received this packet and with an Internet connection could choose to visit that URL (probably over WiFi). You can use an App to manage that experience and either take you directly to the URL or process a URI internally to perform some other function without network connectivity. Better still The Physical Web initiative has moved away from UriBeacon to the open initiative of Eddystone.

Now one thing to realise is that Eddystone may support iOS but that obviously does not include integration with CoreLocation as per iBeacons. Eddystone beacons only interact with iOS devices via CoreBluetooth which means you have more work to do. Likewise, on Android M there are a whole bunch of new APIs and those will not be available on iOS.


I am sure you have many questions such as, can a Beacon run iBeacon and Eddystone simultaneously. At the moment the Beacon vendors offer the ability to support both profiles but not simultaneously. This is apparently due to battery usage. Most vendors do seem to support simultaneous broadcast of UUID, URL and Telemetrics within Eddystone though. For any other questions then here is a fantastic Q&A on Eddystone from Kontakt.io (http://kontakt.io/blog/eddystone-faq/).

The Physical Web also support finding URLs through Wifi using mDNS (and uPnP). The multicast Domain Name System (mDNS) resolves host names to IP addresses within small networks that do not include a local name server. It is a zero-configuration service, using essentially the same programming interfaces, packet formats and operating semantics as DNS. While designed by Stuart Cheshire to be stand-alone capable, it can work in concert with DNS servers. The mDNS protocol is implemented by the Apple Bonjour and by Linux nss-mdns services. In other words rather than waiting for your client to discover a Beacon advertising a UUID or URL then you could actually start searching for local services hosted on Beacons using a multicast form of DNS. Beacons are actually more powerful than most people realise and can often run micro-services on them. In fact if we think about it then Beacon based services are the ultimate form of a micro-service architecture. Brillo is an upcoming Android-based operating system for IoT devices and this lightweight OS could theoretically run on a Beacon which would enable a portable way of deploying a Beacon based micro-service architecture.

When you woke up this morning did you honestly think that Beacons were that powerful?