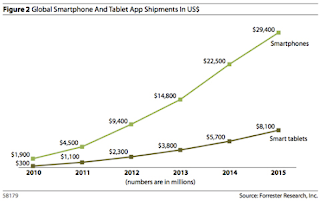 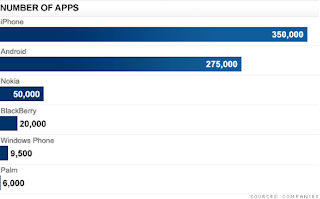 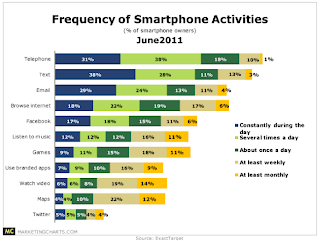 According to ExactTarget, the most continuously used daily activity for smartphone users is text messaging (38%), phone calls (31%), emails (29%), and Internet and Facebook (20%).  Read Original Content 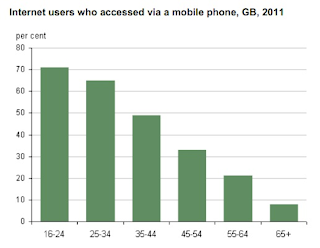 The Office for National Statistics in the U.K. has released information gathered from mobile device owners accessing the Internet through their smartphones.  The report is organized by age group, and illustrates that over 70% of smartphone owners access the web via their mobile device, with older age groups using mobile Internet less frequently.  Read Original Content