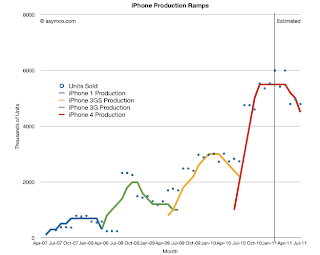 Asymco produced a chart earlier in 2011 illustrating the total units sold by each generation of Apple’s iPhone.  The iPhone 4s is expected to sell more units than all previous models combined.  Read Original Content 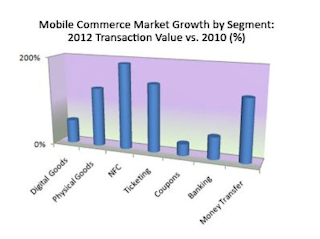 Juniper Research reports that a number of mobile services are set to grow significantly through 2012.  This includes over $100 billion in mobile ticket transactions through 2012 and remote mobile payments of digital goods will surge to $2.5 billion by 2014.  Read Original Content 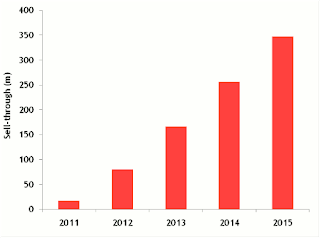 In August Pyramid Research ran a report on the number of NFC-enabled handsets projected to be sold through 2015.  Pyramid expects 17.5 million enabled handsets will be sold in 2011 and forecasts roughly 350 million by 2015.  Read Original Content 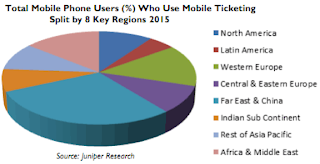 A March 2011 article by Juniper Research forecasts the mobile ticketing market to triple during the next four years, reaching 750 million people.  This is up from the 250 million individuals who currently purchase tickets through handsets. The Far East and China region contain the majority of m-ticket users and expects to grow steadily in upcoming years.  Read Original Content