Syclo and the SAP Unwired Platform 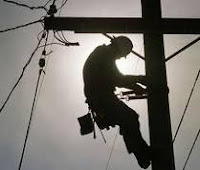 I listened to the pre-recorded SAP/Syclo webinar Mobility for Utilities Webcast today.  At the end of the webcast there was a question and answer segment.  The first question asked if Syclo was going to support SAP's SUP (SAP/Sybase Unwired Platform).  First, Dan Mahowald, Vice President, North America Enterprise Mobility, SAP Americas answered.  He said, "I am encouraged by discussions with the Syclo R&D team. This is a new area that both parties are exploring. Syclo says they intend to support SUP.  SAP utility customers want many mobile applications, so SAP wants to help by providing them with a mobility platform (SUP) that can support them."

Next, Syclo's Senior VP SAP Business Development Jon Schmidt added, "It is our intent to support the SUP strategy and architecture. It adds great value. It is our intent to migrate our existing solutions to SUP. We are working very closely with SAP on this."

The above quotes seem to make it clear that both parties are in deep discussions on how Syclo can best begin to support SAP's SUP strategy.  I have now heard from many Syclo representatives that they intend to support SUP.  Syclo has invested a lot of resources into their own mobile infrastructure that SUP will replace, so it will be interesting to watch how this evolves.  It would be a shame to throw out the great mobile infrastructure technology Syclo has developed over the years.  I would image they will look to use it in different ways and in other areas perhaps outside of the SAP ecosystem.