Conspiracy Theories and Their Impact on Employment Opportunities 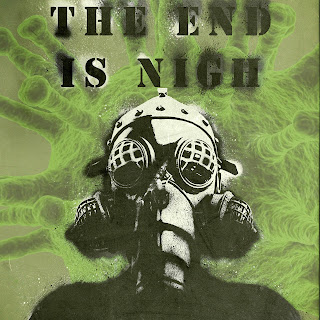 A question has been lingering in the back of my mind of late.  Does a belief in and the sharing of conspiracy theories have any potential impacts on employment opportunities and/or career advancement?  This week I finally carved out some time to do research.  I found more research than I expected on this topic and my findings follow.
I have shared many of the excerpts from my research with their associated links to their sources below.  Much of my research was found on PubMed.gov, a research site from the National Library of Medicine's National Center for Biotechnology Information.
These are just a few of the many reports that I read that reached similar conclusions, and none concluded that believing in and sharing conspiracy theories in the workplace were beneficial to one's career.
If you are an employer looking to recruit top talent you will find the positive virtues associated with conspiracy theorist are few.  In fact, the list of conspiracy theorist characteristics look like one an employer would wish to avoid:
In all fairness, some conspiracy theories are true.  Some visionaries have recognized connections, networks, associations, actions and events, and reached conclusions that were found over time to be both prophetic and true.  So it's not recognition of a conspiracy it seems, but how controversial and how much distraction and emotional intensity it creates in the workplace that seems to offer difficulty for both employees and employers.
My Findings and Analysis:  Conspiracy theorists are often associated with negative characteristics that introduce conflict, distraction and intense negative emotions into the workplace.  Most employers will want to avoid creating and promoting these situations and environments. Conspiracy theorists will find it challenging to advance their careers in many companies, especially in large, national or international organizations.
As a reminder, these are my personal opinions.  No company is silly enough to claim them.
Read more on the Future of Information, Truth and Influence here:
************************************************************************
Kevin Benedict
Partner | Futurist | Leadership Strategies at TCS
View my profile on LinkedIn
Follow me on Twitter @krbenedict
Join the Linkedin Group Digital Intelligence