At the height of Rome's power they had more than 29 great military highways, 113 provinces were interconnected by 372 great road-links, and the whole road system comprised more than 400,000 km of roads, of which over 80,500 km were stone-paved.  This enabled the romans to flourish as a civilization for over 400 years and to project their power and influence to the ends of the known world.
The Roman roads offered value in many ways.  They enabled trade and supplies to move, cultural influences to expand, knowledge to be shared and the use of effective military strategies based on the predictable movements of Roman legionnaires who could march 24 miles in 5 summer hours when pressed for short amounts of time, and 20 miles a day indefinitely in all weather.  This was only possible because of the investment in and the quality of the roads.
Today the internet is the modern equivalent of the Roman road.  Products can be sold, tracked and delivered just about anywhere in the world because of the internet.  The internet, however, also enables those with nefarious intent to project power and influence on people around the world, and it is the place where information warfare is now fought. 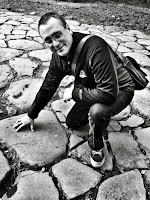 In AD 117, under Hadrian's rule, the strategic construction of forts, towers, and walls began all across the roman empire to strengthen and solidify their military gains along their roads.  These outposts were rarely large enough to stop a large opposing force by themselves, but they could act as sensors and alert to trouble and quickly gather enough roman forces up and down the road to oppose these incursions.
Today we see global influence campaigns that utilize the internet, messaging platforms, social media and traditional media to project power and influence to the far corners of the world.  We also see foreign entities trying to influence our citizens and elections with social engineering campaigns, disinformation and psychographic profiling all using the internet.  We experience attacks daily from those using the internet to break into computer systems and networks to steal data and to engage in ransomware.  These are all threats to our future progress.  We must all recognize the massive economic and societal value we receive from the internet, as the romans did from their roads, and then do our very best to strengthen and fortify it, just as the Romans did in AD 117.
Read more on the Future of Information, Truth and Influence here:
************************************************************************
Kevin Benedict
Partner | Futurist at TCS
View my profile on LinkedIn
Follow me on Twitter @krbenedict
Join the Linkedin Group Digital Intelligence