The Future of Speed, Time and Consequences 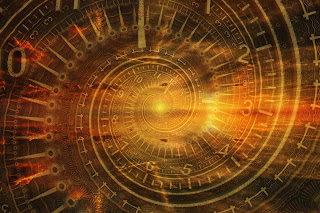 When supercomputers are upgraded the amount of information they can process in a second of time increases. Researchers report that between the years 1956 and 2015, there was a one-trillion-fold increase in what a supercomputer could process in a second of time.  Our brains, however, haven't noticeably improved their processing speed during the same timeframe.
Speed can create interesting phenomena.  Speed has the effect of stretching a second so more can be accomplished during it.  It's almost as if the faster something moves the slower time passes.  We see this illustrated in the movie Matrix. Neo was taught to stretch time so he could avoid incoming bullets.  Today's supercomputers have Neo-like capabilities - they can stretch a second so more gets done.
While speed can seemingly stretch time, it can also have the effect of compressing distance.  If you had placed a letter on each of Magellan's five ships in 1519, it would have taken 3 years and 25,000 miles for one of those letters to be returned to you.  That's what it took to complete the circumnavigation of the earth.  At that speed and distance nothing was going to be communicated fast.
Today, however, information can be sent to the other side of the world at nearly the speed of light - 186,000 miles per second.  That means information can be sent around the world in a fraction of one second. It’s as if the distance Magellan's ships sailed has been compressed into nothingness.
When speed stretches time and compresses distance our worlds evolve differently.  Let me share a story. I remember talking to an elderly man in Zurich, Switzerland a few years ago.  He told me there were many different language dialects and cultural differences in the mountain valleys of Switzerland.  He said historically, deep winter snows and high mountains caused languages and cultures to evolve largely in isolation from each other.
Now that geography and weather are no longer obstacles to information and communication speeds these valleys and their unique cultures are experiencing different influences which are impacting their future.
Why are these things important to our future?  Speed influences many things, and it is an important catalyst of change - and change has consequences.  Let's list a few.
The above list is by necessity an incomplete one.  Speed will change the way humans, institutions, and societies evolve.  The speed of today only hints at the speed of tomorrow.  When historians look back at our lives today, they will note how speed changed everything.
************************************************************************
Kevin Benedict
Partner | Futurist at TCS
View my profile on LinkedIn
Follow me on Twitter @krbenedict
Join the Linkedin Group Digital Intelligence

THANK YOU FOR READING MY ARTICLES! 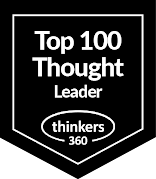