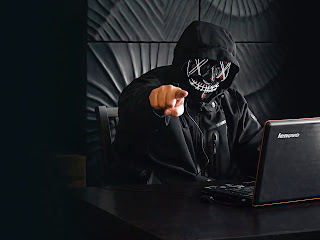 This week Microsoft published a paper called Special Report: Ukraine.  In it, they reveal Russia's cyberattacks on the Ukraine and detail the strategies Russia is employing, and what they have been doing to combat it.  I can't imagine that the team of coffee drinking, rain soaked programmers in Seattle expected to find themselves in the middle of a war.  Heroes and nerds come in all different sizes and sometimes they are one and the same.
At the beginning of the report, Microsoft shares how Russians view information warfare, “Confrontation in the information space with the goal of causing damage to critical information systems, undermining political, economic, and social systems, psychologically manipulating the public to destabilize the state and coerce the state to make decisions to benefit the adversary party”, according to public Defense Ministry documents.  Additional comments by Russian officials suggest they view information operations as a means to degrade troop morale, discredit the leadership, and undermine the military and economic potential of the enemy via information [operations], which can at times be more effective than traditional weapons.
Where are these information space confrontations happening?  They are happening on Facebook, Twitter, Telegram, WhatsApp, email platforms, online forums, radio networks and cable news channels.  All of these media platforms are being organized and weaponized.
One reason information operations works so well is it uses social media - a place billions of people love and are exposed to daily.  Those with nefarious intent have a target rich environment.  Another reason is the strategies for developing and utilizing information operations are now widely known and military, political and special interest groups are increasingly using them on unsuspecting people on social media in combination with cable news channels.  I have written about these campaigns and how they work in this article, and have a whole series of articles on the future of information here.
Based on previous Russian statements about their goals for information warfare, their actions are likely aimed at undermining the Ukraine's political will and ability to continue the fight.  Microsoft's analysis, based on their observations are that:
Microsoft has now established a secure line of communication with key cyber officials in the Ukraine and are now helping Ukrainian government agencies, enterprises, and organizations defend against these attacks.  This is a different world we live in today.
This report by Microsoft also hints at how vulnerable all of us are to information operations and social engineering campaigns.  I believe one of the major imperatives of our education systems going forward is to prepare future generations to recognize these campaigns so they become far less effective, and we become far more aware.
************************************************************************
Kevin Benedict
Partner | Futurist at TCS
View my profile on LinkedIn
Follow me on Twitter @krbenedict
Join the Linkedin Group Digital Intelligence