The Future of Alternate Realities 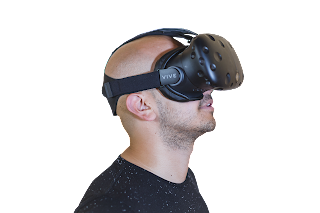 Do you live in an alternate reality?  That's a hard question to answer, because often people that do - don't know it.  This is, however, a question worth asking.  There are growing numbers of sophisticated social engineering campaigns that are being directed at our brains by all kinds of different organizations.  These aren't your grandparents' marketing campaigns, these are highly targeted to influence your way of thinking about reality.
In addition to social engineering campaigns, there are now technologies being developed for the next generation of the internet, web 3.0, that can deliver intense and immersive 3D experiences that will potentially offer up a wide range of different realities for us to consume - some nefarious and some innocent.  We must all educate ourselves on these and be aware.  The more senses that are exposed to nefarious influencers, the more power they have to alter our reality and belief systems.
We have all seen videos of people wearing 3D headsets playing video games and stumbling into furniture and running into walls.  The alternate reality of the game collided with the physical reality of their living rooms.  These immersive experiences, at least temporarily, created an alternate reality that made people act strangely and put themselves in harm's way.  Choosing and protecting your own reality is more than fun and games.  It can have serious real world consequences.
Our reality, according to the Neuroscientist Michael Gazzanica, is a story we tell ourselves to resolve cognitive dissonance.  Cognitive dissonance is the state of having inconsistent thoughts, beliefs, or attitudes, a state that makes us very uncomfortable.  We want the world to make sense to us, and to align with our mental frameworks and life experiences.  We seek narratives (true or not) that help us tie up loose ends and make sense of our lives.
Since our minds seek stories that align with our reality, professional influencers can use stories to influence and change our minds.  Military strategists/politicians/marketers know that if they can change minds, they can change reality, and if they can change reality, they can change the world.  Got that?  The Russians do.
The Gerasimov doctrine, named after the Russian General Valery Gerasimov, is a way of creating an immersive alternative experience/story in the minds of adversaries.  Gerasimov was one of the first military strategists to figure out that stories can be weaponized for use against enemies. 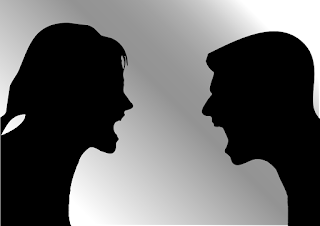 "The very 'rules of war' have changed," Gerasimov wrote. "The role of non-military means of achieving political and strategic goals has grown, and, in many cases, they have exceeded the power and force of weapons in their effectiveness."  What are these non-military means of exceptional power?  They are social engineering campaigns designed to influence and potentially change the minds of an adversary through disinformation campaigns, social engineering, political subversion, fake stories, cyberattacks, false flag events and the use of social media to tear at the fabric of democratic societies for the purpose of destroying their trust and social cohesion.
The Gerasimov doctrine and resulting strategies are now regularly used as weapons against countries and peoples.  The Gerasimov doctrine has already been used as a weapon by Russia against Georgia (a country formerly part of the Soviet Union), Crimea, Ukraine, the UK and the USA.  In each case the strategy was to influence and change the minds of adversaries, destroy their social cohesion and create distrust and disunity.  This strategy has been found to be more powerful than a hyper-sonic missile.
Today, unfortunately, we see the Gerasimov doctrine being regularly deployed between different political and special interest groups both internally and externally to our communities.  One of the questions we should always be asking is, what does this story make me feel like, and who might ultimately benefit from me feeling this way.  It might be a long and complex path, but somebody from somewhere is learning from and thanking Gerasimov.
For more information on the Future of Information read here.
************************************************************************
Kevin Benedict
Partner | Futurist at TCS
View my profile on LinkedIn
Follow me on Twitter @krbenedict
Join the Linkedin Group Digital Intelligence