The Expanding Boundary of Opportunity and Employment 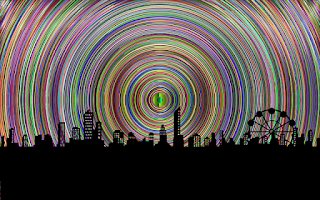 W. Edward Deming taught that quality is achieved by measuring as much as possible and reducing variations.  Japan widely adopted Deming's philosophies in the 1950s and, largely as a result, became the 2nd biggest economy in the world.  This revolution in manufacturing, that introduced a system of quality improvement and innovation, led directly to jobs and economic expansion.
This same kind of revolution is now taking place around decision-making.  Algorithms are now able to expand and codify Deming's philosophies and to take them to the next level.  Algorithms can standardize decision-making and make improvements to them, and for the first time in history uncoupled them from the very human dynamic of unpredictability.  This is a rich area for innovation and job creation.
Markets are often like a balloon - when one end is squeezed the other expands. When the market catches up with a competitive advantage and the advantage ceases, competition is squeezed and moves elsewhere.  Employment acts similarly.  When one industry is contracting, another often expands.
Digitizing the physical world to more efficiently measure, monitor and make decisions about it is one of those expansion areas where competitive advantages can be found. This area today is rich with new ideas, new businesses and job creation.
Once unknowns become knowns (through data capture, digitization and analysis), smart people will build new businesses and solutions to take advantage of them. Investments and jobs will then migrate to the new frontier, the outer-edge, in search of new competitive advantages.  When something new is made possible - jobs are always created.  As something new ages into something ubiquitous it will be automated, jobs will decrease and investment will move toward the outer-edge.
The good news is that the the outer-edge, this expanding boundary, represents areas of recognized job creation, innovation and emerging competitive advantages.  The rule of the "Expanding Boundary of Opportunity and Employment" says that those who willfully move to the outer-edge through lifelong learning, focus and purposeful career choices dramatically increase their career and earnings potential.  Job markets never stop moving.  What about you?
************************************************************************
Kevin Benedict
Partner | Futurist at TCS
View my profile on LinkedIn
Follow me on Twitter @krbenedict
Join the Linkedin Group Digital Intelligence