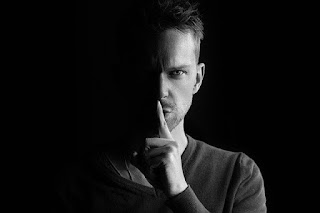 How long does it take to ruin a brand, destroy sales and devalue investors’ millions?  The answer is seconds.  In today’s world of 24-hour news and perpetual social media feeds, one ill-conceived communication can destroy as much investor and employee value as a pandemic.  This demonstrated fact, means companies must seriously consider how they can remain engaged with their customers and markets, culturally relevant and good stewards of their brands’ and company’s value all at the same time.

Historically, large corporate brands would simply designate a tightly controlled team of corporate spokespeople.  The members of this team would speak on behalf of the company and read official company communications to the press word-for-word.  Limited news and internal communications with employees meant there was little knowledge employees could share externally - even if they wanted to.  Today, however, all employees, no matter their position have direct access to hundreds of news sources, and the ability to communicate directly with an audience of billions of internet and social media users.  Employment contracts offer little barriers to late night drunken Twitter barrages in this environment.

In addition to social media, employment and referral platforms like glassdoors now enable employees to rate their employer or former employer on a variety of metrics that are reported and shared with the public.  Internal cultures and environments are now wide open for review.

Social media has created a massive increase in corporate transparency.  It is very difficult for a company to tightly control a corporate image today.  It’s also very difficult to cultivate an artificial brand image that doesn’t align with reality.  It is far too easy to compare and contrast words with actions today.

The internet, social media platforms and the ubiquitous use of mobile devices with cameras means “global swarming” can take place at any moment.  Global swarming is a shared community response to something.  A brutal video, a heartwarming story, an expose of misbehavior, injustice or inequality can all move a person to act and share content and a call to action with their social media community.  Within a matter of minutes hundreds, thousands and even millions of people can be moved to act – as a global swarm.  That action can be to support or boycott a brand.

Let’s take a look at a few examples:

Furious Home Depot shoppers say they're boycotting the store and cutting up their cards after one of the home-improvement retailer's founders said he'd donate some of his fortune to Trump's reelection campaign. ~ Business Insider, July 8, 2019

“Patagonia’s Focus on its Brand Purpose is Great for Business.” Patagonia’s Corley Kenna is quoted in the article saying, “We’ve found that when we put the planet first and do the right things for the planet, it winds up being good for business. It has proven itself over and over again. ~ Forbes, November 27, 2019

Every consumer has the opportunity to vote with their pocketbook.  Increasingly individuals and manufacturers are choosing to spend their money where their heart is.  Businesses must recognize this trend and operate accordingly.  The way a company conducts business, treats their employees, vendors and customers will all become public.  Any discrepancies between the brand image and reality will ultimately be made public. It is time for all businesses to align brand with behavior.