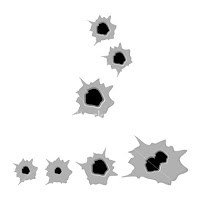 When a person typically associates mobile devices, iPhones, Smart Phones, PDAs and other hand held computers with medicine they envision a medical clinic or a hospital environment. However, mobile handheld computers and medicine are also used in remote locations and in medicine supply chains that you may not have thought about. Let me first share an article I read this week that describes some of the challenges incurred while delivering medicine in Brazil.

A delivery truck carrying medicines was attacked by bandits in Sao Paulo, Brazil on July 19, resulting in a heavy exchange of gunfire with armed escorts. There were no fatalities and the raiders failed to make off with the shipment, which was valued at around $530,000 and contained products from several different companies, according to information received from pharmaceutical industry sources.

The bandits, in two vehicles, forced the driver to open the truck door at gunpoint. That triggered an alarm which informed the transport firm that there was a problem with the shipment. The escorting vehicle’s guards pushed the panic button and responded to the criminal’s opening fire, while other escorting vehicles patrolling the same route joined the fray and eventually drove the thieves off.

A similar attack, involving the same transport firm, took place in Brazil in June, and in this case one of the security guards was injured in the exchange of gunfire.
~~~
Note the mobile device that monitored the doors and automatically reported a breech of security.

Talk about a supply chain and logistics challenges! YIKES!

I had the good fortune of working on a mobile software project where we developed a mobile solution that helped track, monitor and report the location and inventory levels of medicine being delivered around the world. The donor organizations, needed to have visibility and accountability that the medicine they donated actually reached the intended destinations and patients.

This mobile software application used consumer grade Smart phones with bar code scanners and wireless connectivity so the boxes of medicine could be scanned and their location and inventories in Africa could be reported to the organization's headquarters in Washington DC. At headquarters all the donor organizations could access the database and generate reports on the delivery and use of the medicine.

Here is another interesting article you may want to read about mobile applications in the Coffee and Espresso product supply chains.

If you would like more details on these mobile applications email me.